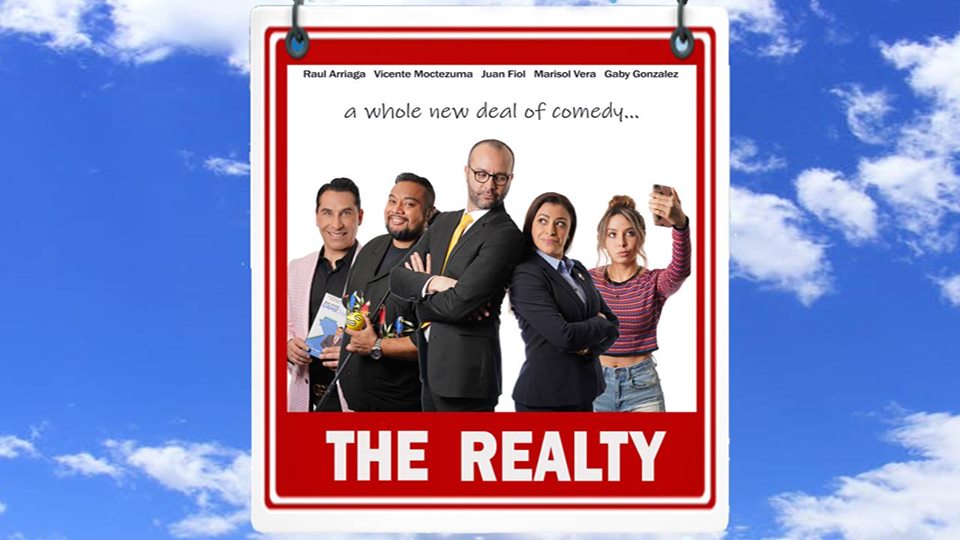 “The Realty” follows a quirky group of Latinx real estate agents and the hijinks caused by their wacky clients. “Latino real estate is a booming market in the U.S., and we wanted to highlight its value through humor”, said Arriaga, award-winning realtor, actor, and executive producer of the comedy series.

The first season of the series includes six episodes, all available on YouTube. The series is among the first to have gender parity, with half of the entire cast and crew made up by women. “Diversity of voices and gender equality are critical for creativity, and our team represents those priorities,” said Stewart, who wrote and directed several of the episodes of the first season.

“The Realty”/”Risas en Venta” also stands out as the first series to be “fully bilingual”, with each episode having dual versions written and shot entirely in both English and Spanish with the same cast and crew. “We filmed both versions simultaneously, shot by shot, joke by joke; first in English, then the same shots of the scene in Spanish, like flipping a switch thanks to our talented cast,” commented Garcia Topete. “We wanted to show that language and humor don’t have to be barriers, but rather points of strength and connection. Laughter is universal.”

The first season of “The Realty” already has thousands of views on YouTube and a loyal fanbase despite just having launched back in March. The cast and crew will have a red-carpet party on May 16th to celebrate not only the first season of the series but also their sponsors and fans. The party will happen in Addison, Texas at La Comida Mexican Kitchen & Cocktails, one of the prime supporters and sponsors of the series.